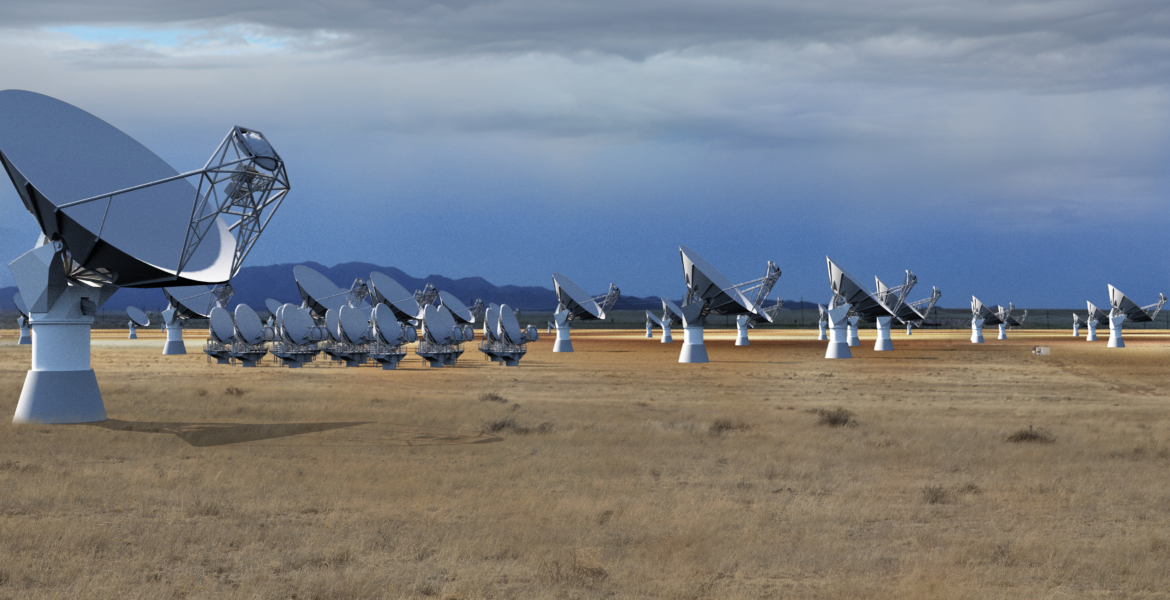 The Canadian Astronomy Long Range Plan 2020-2030, a report on priorities and recommendations for Canadian astronomy over the next decade, has recommended that Canada support the National Radio Astronomy Observatory’s (NRAO) proposed Next Generation Very Large Array (ngVLA), saying the new facility will enable transformational science across many areas of astrophysics.

The ngVLA will be an array of 263 dish antennas reaching across North America. Both its sensitivity to faint objects and its resolving power — ability to see fine detail — will be 10 times greater than the current VLA. Building on the scientific and technical legacies of the VLA and the Atacama Large Millimeter/submillimeter Array (ALMA), the ngVLA is being designed to provide the next major leap forward in our understanding of planets, galaxies, black holes, and the dynamic sky. The ngVLA’s capabilities will complement those of ALMA and the Square Kilometer Array.

“This welcome and important recommendation promises to continue a longstanding tradition of productive collaboration with our Canadian colleagues,” said NRAO Director Tony Beasley. “Canada’s contributions to the VLA over the years have been quite valuable, and we look forward to an exciting partnership in the coming decades,” Beasley added.

The panel recommended that Canada provide $130 million toward ngVLA construction and $6 million per year for operating the facility. This represents approximately 6 percent of the total budget for the project, and would give Canadian astronomers the same percentage of observing time.

“Like many of my colleagues across the Canadian university community, I am excited to see the recommendation for engagement in the ngVLA. This opportunity builds upon our long partnership with NRAO in radio astronomy. My students and I rely on the diverse capabilities of the Canadian-built correlator system for the current VLA to study the evolution of galaxies. Our scientists and engineers have a lot of new ideas to contribute to the design, construction, and use of the ngVLA, and I look forward to conducting science enabled by their ingenuity,” said Erik Rosolowsky of the University of Alberta.

The ngVLA project currently is under review by the Astronomy and Astrophysics Decadal Survey (Astro2020) of the U.S. National Academy of Sciences. That report is expected in the Spring of 2021. Following that report, the project will need approval by the National Science Foundation’s National Science Board and funding by Congress. Construction could begin by 2025 with early scientific observations starting in 2028 and full scientific operations by 2035.

“Canadians have been valuable partners in developing the scientific and technical approaches of the ngVLA project from the beginning,” said Eric Murphy, NRAO’s Project Scientist for the ngVLA. “They serve on our advisory councils, and we expect that their expertise and leadership will help ensure that the ngVLA will be one of the 21st Century’s primary tools for advancing our knowledge of the universe,” he added.