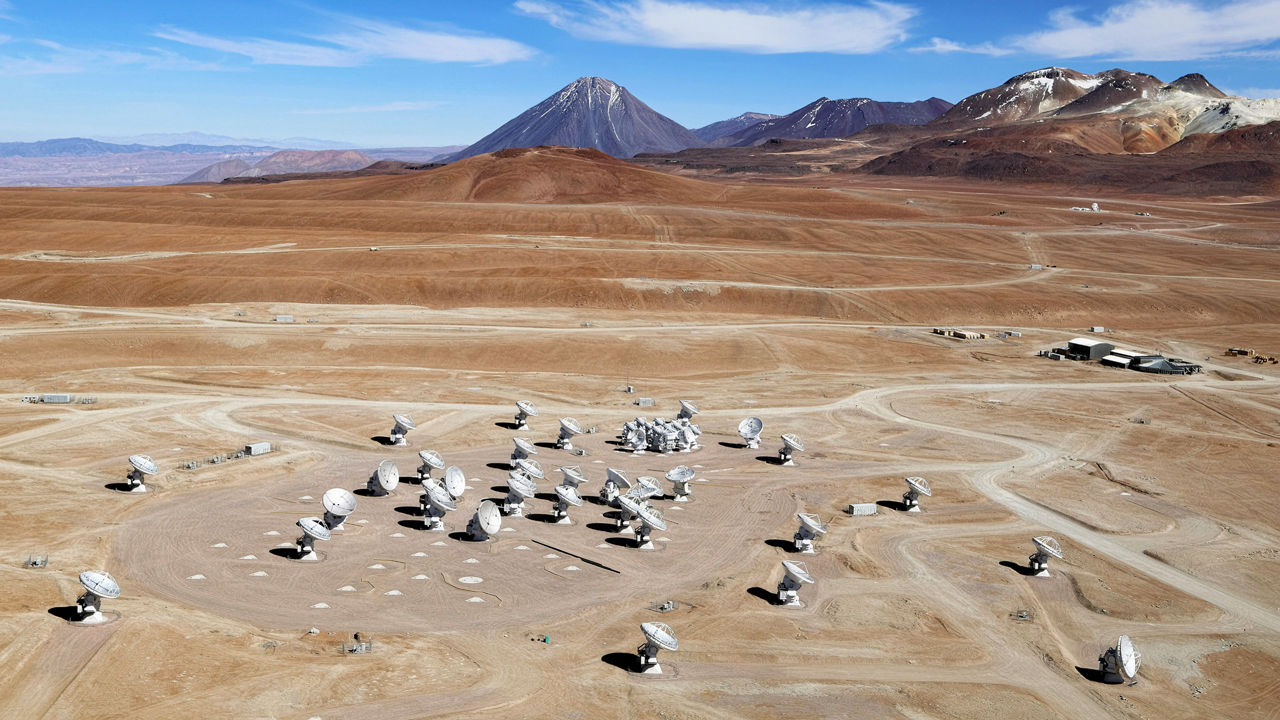 The Atacama Large Millimeter/submillimeter Array (ALMA), a set of 66 radio astronomy dishes perched high in the Chilean Andes, was hit hard by the pandemic. It shut down on 22 March 2020 and has remained silent ever since—far longer than most scientific facilities. But ALMA managers announced today that observations will resume this month, after a 6-month campaign of repairs and planning. “It went about as well as could be expected,” says ALMA Director Sean Dougherty. “It’s a testament to how well these telescopes were built.”

When COVID-19 struck last year, many telescopes closed for a time to protect their staff. But once restrictions eased and managers found ways to work safely, facilities began to reopen. Most of the telescopes on Mauna Kea in Hawaii returned to work by May 2020. The Chilean telescopes run by the European Southern Observatory and the U.S. National Science Foundation restarted in September and October. But ALMA had a tough path to reopening.

Its location on the 5000-meter-tall Chajnantor Plateau is higher than most other telescopes, so high that some staff need oxygen to work. It’s also remote, so the 200 staff and astronomers who typically work there live in a residence at 2900 meters’ altitude, 26 kilometers downhill from the telescope. All their food, accommodation, and services must be provided, which produces “a whole bunch of logistical problems,” Dougherty says.

Working from nearby San Pedro de Atacama, a team of 35 workers began on 1 October 2020 to get water, power, and sewage working again at the residence, which had suffered minor damage from earthquakes in May and June. They moved in 3 weeks later and began to get computers up and running. By December, they moved up to the telescope site, where they had to fire up three gas turbine generators to power the observatory and examine the plumbing. “There were quite a few burst pipes,” Dougherty says.

A critical phase began on 20 December, when staff turned on the array’s central clock, which synchronizes all the dishes, and its correlator, a bank of computers that combines the signals from the dishes. “Without them, we can’t run,” Dougherty says. By 30 December, he says, “my hair stopped going gray.”

Since then, staff have been checking, repairing, and powering up each of the 66 dishes that had been sitting idle in a bitterly cold and dusty environment. “The dust gets everywhere. If there is a gap, it gets in,” Dougherty says. The team replaced batteries and lubricated bearings. By 1 January, the first dish was swiveling again, capable of tracking objects in the sky. For the restart this month, managers expect to have at least 40 dishes operating, with detectors cooled to 4 K.

At those temperatures, ALMA is sensitive to the short radio wavelengths that emerge from cool clouds of dust and gas. In recent years it has won headlines for its key role in the first ever image of a black hole and for zooming in on the disks of material around newborn stars where planets are beginning to form.

ALMA observing time is allocated in yearlong “cycles” and cycle seven was interrupted roughly midway by the shutdown. The aim is simply to pick up where they left off. They’ll be doing so with a reduced staff of 140 following new risk management protocols. “It will be challenging for us,” Dougherty says.

ALMA users are eager to get their hands on data again. “We haven’t seen as much progress in the field, in terms of studying small-scale features in protoplanetary disks, as we would have otherwise,” says Sean Andrews of Harvard University. “But, in the grand scheme of things, that is a small inconvenience.” Andrews says the shutdown has taken a bigger toll on junior researchers. “They will now experience more of a time crunch to make progress in their programs.”

Karin Oberg of Harvard, who luckily completed a major project on the chemical environments in which planets form just before the shutdown, says: “We will have to put our follow-up plans on pause for about a year. This is not all bad, however, since it is pushing us and others to have second look on already acquired data sets and to dive into the archives to look for hidden treasures there.”

High on ALMA’s to-do list is applying its zoom lens: The array can be made to zero in on objects with high resolution by moving the dishes farther apart. The dishes are arranged into their widest configuration, 16 kilometers across, every other year—but with the shutdown, it is 1 year overdue. The process involves crews of 10 moving one dish per day using a huge transporter that lifts each 100-ton dish and moves it to a new location. “People are just busting to get data on those baselines,” Dougherty says.

Oberg says: “I am so very delighted that ALMA is coming back online and cannot wait to get to see the new observations of molecules in planet forming disks that this year will bring.”